Pledge for inclusion in the film and audiovisual industry

<< Back
The Pledge for Inclusion in the Film and Audiovisual industry is a commitment text carried out by Collectif 50/50 and is born from the observation that parity between men and women and the diversity of French society, in its cultural, ethnic and social components are not sufficiently represented in French audiovisual productions, on set and on screen. By disseminating this Pledge, 50/50 wishes to take concrete action in favour of more inclusion within the cinematographic and the audiovisual sector, whilst respecting key principles such as: freedom of creation, respect of copyright laws, freedom of entrepreneurship, of the artistic singularity of each film, and in compliance with the legal framework of the fight against discrimination. 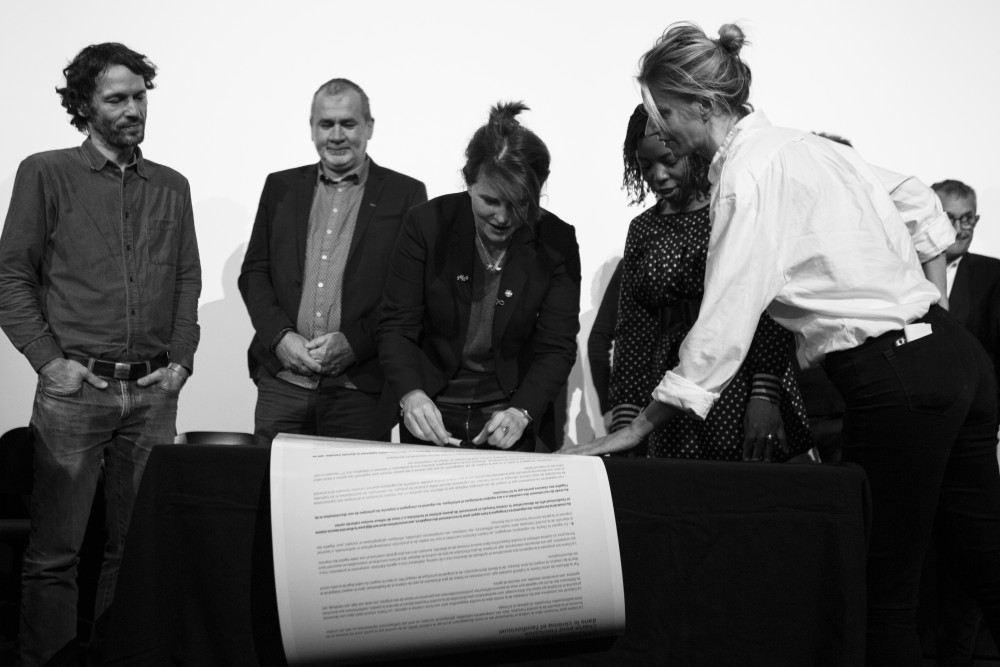 SIGNATORY MEMBERS OF THE PLEDGE FOR INCLUSION :